Home » Parents and Parenting » Thursday Re-View — When Did I Start to Look Like My Mother???

When I glanced at myself in a mirror the other day, I thought I saw my mother.

That’s pretty hard to do when she passed away more than 25 years ago. But really – I thought I saw my mother. Or at least someone who looked an awfully lot like her.

That someone was me.

Wow. What an eye-opener…

When did I get so old? When did my jowls start to sag and my hair start to show some gray? What about those lines in my face or that strange growth underneath my neck? The swollen ankles? The beginnings of an apple shape when I used to only be a pear?

Like I said, when did I start to look like my mother? When I looked in the mirror and a stranger looked back, it was me. That’s sobering.

Remember when your parents used to warn you about how “time flies” when you get older? I think time must have flown on the wings of a supersonic bird for this transformation to have taken place. Maybe even a pterodactyl…

It’s time for a reality check. Let’s survey this venerable temple of mine to see its history.

That knot of muscle sticking out of my left shoulder? That formed the day my son got his tonsils out in 1st grade. I hadn’t met the surgeon ahead of time, and the thought of having my only child go under the knife with a stranger had me at the Emergency Room the night after his successful surgery, in pain. That knot gets worked on every two weeks by my faithful massage therapist, 20 + years later. A badge of honor…

That line on my forehead, just between and above my eyes? That’s from hearing hour after hour of tragic situations from my patients/clients/students over the years – the loss, abuse, addiction, mental illness, shame, suicidal thoughts… It takes its toll.

That vertical abdominal scar that no amount of vitamin E could make disappear? That’s the Caesarean section (almost) 28 years ago for the birth of my son. I can still remember the feeling of the two surgeons’ hands inside my body (yes, you do feel pressure, but no pain with an epidural). Or else it’s from the hysterectomy that was recommended I have 2 years later because of my cancer history.

That cough that turns up when I laugh too much? That’s from 7th grade, when my teacher used to actually take points away from all my tests (I almost always got 100’s because I studied all the time), explaining to my parents and me, “Theresa doesn’t need all those As; other students in the class need them more.” It was weeks until our family doctor determined that my cough was stress-related; after all, it wasn’t fair that the As I worked so hard for were taken away from me, was it? What a fine example of a teacher…

Those cracked caps on my back teeth? Those came from when I fainted in the bathroom while recovering from “GOK (God Only Knows) Disease” and clenched my teeth when I hit the floor. After which my brain couldn’t put together thoughts, let alone sentences for almost 2 months… The only way this wordsmith could survive that frustrating period was to figure out that maybe God wanted me to be quiet and listen. 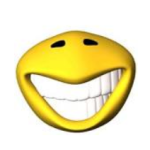 That tiny scar in the upper right quadrant of my abdomen? That’s the emergency gall bladder surgery, where my gall bladder went from 100% to zero percent functioning in what seemed like the space of a day. I never really liked fried foods that much anyway…

Those skin indentations on my face that look like scars every morning? That’s from the face mask that I have to wear because I stop breathing 11 times every hour while asleep – that’s with the C-pap machine. The good news is that the impressions disappear about an hour after I start the day.

That shadow of sadness that lurks deep within my eyes? That goes along with the line on my forehead (see above) along with struggles with depression. You know – that “melancholy” that fueled Abraham Lincoln’s greatness and made him the perfect leader during our Civil War; that illness that Winston Churchill called his “black dog” and helped win World War II.

The graying hair that I put a rinse on now and again to make me look less “frumpy?” [An aside here – why is it that gray hair in a woman is often considered “frumpy” while gray hair in a man is often considered “distinguished?”] I think the most recent contributor was my husband being sick with his own GOK Disease, in the hospital for a week and unable to work for almost a month (see: “My Pilgrimage to ???“). That, along with the fact that there is yet to be a diagnosis… Oh, and let’s not forget my own hospital visit last fall and the mini-stroke that brought about my stepping aside from my job.

The occasional swollen ankles? I don’t use salt, I drink plenty of fluids and I’m not going into congestive heart failure. I think my legs are just tired of carrying me around for so long. Plus, they outran wildlife on the Serengeti Plain – that’s no small feat!

The addition of a telltale apple shape on top of the always present pear shape? This one, I must say, is from the release of gallons of Cortisol caused by stress, which is directly related to belly fat distribution in women. Why it hasn’t disappeared since I took time off from working is a mystery to me. But, I just ordered an abs wheel and exercise mat on-line, so I’m going to get back to just a pear shape in the next few months. And I must say – I never thought I’d be glad to return to “just” a pear shape…

The road map of lines that cover my face? Let’s see – almost 12 years of higher education after high school, marriage, divorce, setting up my own practice, building a house and an office, moving, changing careers, death of both parents, multiple surgeries, responsibility-laden jobs, death of 3 cats in the past 14 months (see: “In Memory of Peanut“), my husband’s hospitalization, being a mother and wife… I’m stopping before I get too depressed; those transitions can do a person in! (see: “The In-Between Time“)

Last, but not least, what’s with the loose pouch of skin fat under my chin? The one that my Mom thought for sure was a tumor growing when she first noticed hers. The one that makes me look like I’m related to a turkey. This one is another mystery, but I know it must be related to the gravitational pull that influences ocean tides and sunspots.

But this seasoned body – so flawed, scarred, exhausted, sagging – is also the body that is still standing. It’s weathered a lot of storms, and by doing so, forged my own unique path that has gifted me with the privilege of being present with others while they examine their own scars – the kind that we don’t actually see.

And perhaps most sacred of all, 28 years ago, this maturing body delivered the miracle of my son, who I count as my greatest blessing.

So, I’ll ask again: when did I start to look like my mother?

I’m thinking that with everything she went through in her life (see: “Remembrance“), that’s not a bad way to look. Even in the last month of her life, battling breast cancer at 59 in the hospital, head shaved, feverish, swollen – she was beautiful.

She never complained, she knew the life stories of the nurses who brought her special foods and drinks to tempt her appetite, and she faced her cancer with courage for as long as she was physically able.

Like I said, Mom was beautiful. The essence of who she was – her spirit – the part of her that could not be diminished regardless of what was destroying her body – shone forth.

Now that I think of it, I’m honored to look like my mother.

19 thoughts on “Thursday Re-View — When Did I Start to Look Like My Mother???” 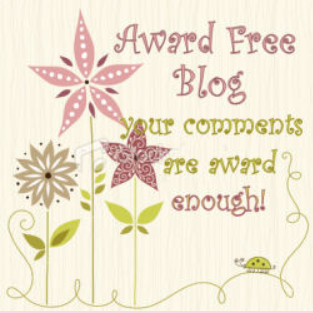