“However, I am not that sort of a ragpicker.
I seek more valuable materials than old newspapers and aluminum beer cans..
I search out waste materials of the human kind,
people who have been discarded by others, or even themselves,
people who still have great potential
but have lost their self-esteem and their desire for a better life.
When I find them, I try to change their lives for the better,
give them a new sense of hope and direction,
and help them return from their living death…
which to me is the greatest miracle in the world.”
~ Og Mandino, The Greatest Miracle in the World

If there is any one thing that being a Licensed Mental Health Professional can teach you, it is that every single person you meet has a story. Some are easier to detect, while others are cloaked in near perfect images of success. The complexity of these stories is enhanced by gender, socioeconomic status, culture, genetics, upbringing, faith tradition, age, marital status, family situation, education…the list goes on.

But every person has a story…

In my work, I am privileged to be a co-journeyer with another person when they choose to share even a small part of their story. The details of some of their stories can crush you; I often find myself marveling at their strength and courage. Indeed, I do not know if I would still be standing if I had to go through what some people have gone through. And yet many of them retain their inherent goodness as they keep pushing forward…

The single mother whose younger son was tragically killed in a car accident by his older brother, which she was reminded of each time her oldest son came home from school…

The woman whose father had sexually abused her since she was an infant, with whom she had three children, receives word of his terminal cancer diagnosis and is torn between wanting to forgive him and wanting to condemn him…

The former gang member, his body covered in tattoos, crying about how his mother died in her native country without knowing that her son left the gang and started a new life…

The teenaged girl, left pregnant from a brutal rape, whose daily morning sickness reminded her each day of the horrific incident…

The teen-aged girl, without siblings, who lost both her parents within 6 months of each other – her mother to cancer, her father in a car accident…

The woman who suffered from schizophrenia and refused psychotropic medication, who was evicted from another apartment every 3 months…

A young woman who would seek shelter in a closet during every thunderstorm, unable to forget how her mother used to bathe her in scalding hot water to try to cleanse her daughter of her fear…

“Each of these individuals and everyone else in the world
still have their own pilot light burning inside them.
It may be very diminished in some,
but…it never, never goes out!
So long as there is a breath of life remaining,
there is still hope…and that’s what we ragpickers count on.
Just give us a chance and we can provide the fuel
that will be ignited by any pilot light,
no matter how diminished it may be.
A human being…is an amazing and complex and resilient
organism capable of resuscitating itself
from its own living death many times,
if it is given the opportunity and shown the way.”
~ Og Mandino, The Greatest Miracle in the World

We are resilient, we human beings. And we are even better when we are joined in our pain by someone who cares…by someone who believes in our worth…who does not judge us, but rather sits with us in unconditional positive regard…who holds on to hope until each of us finds it once again…by someone who is simply present.

So I will continue to be present with those in need, whether those dying at the end of life or those dying while they pretend to live. I will search out those who have been discarded and slowly help them to believe in their worth. If I can find them, then they can find themselves.

And in our connectedness, together we will transform their diminished pilot light into a burning blaze that shines brightly for all to see.

Circles of Compassion and Grace. Remembering the Ragpicker’s instruction by following his very own:

Laws of Success and Happiness 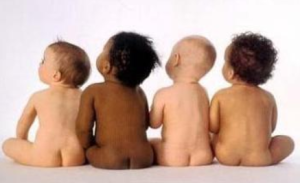